The 2020/21 season saw a few teams struggling at the bottom of the Jupiler Pro League.

Mouscron were unable to find goals and finished bottom of the league having only managed to find the net 32 times, eight less than the next worst goalscorers Cercle Brugge who managed to survive.

Waasland-Beveren had problems at the other end of the pitch, conceding 70 times, leaving them with the worst defensive record in the league. This ultimately sealed their fate as they had five smashed past them in the all-important relegation play off against Seraing.

Relegation Prediction: Who will scrap for survival?

Newly promoted St. Gilloise will fancy their chances of surviving back in the Pro League with forwards that are more than capable of finding the net. Dante Vanzeir and Deniz Undav both featured in the top three goalscorers of 1B Pro League last season with 19 and 17 goals respectively. In a relegation battle, a single goalscorer can prove the difference and the fact that St. Gilloise have two will serve them well.

Other newly promoted side Seraing will not be so lucky. Georgian forward Georges Mikautadze has gone back to Metz after scoring 22 goals in 23 games for Seraing. Their next highest goalscorer was Spanish midfielder Abdel Al Badaoui, who managed only six goals. Without a proven finisher at the club, Seraing may find themselves falling straight back down to the 1B Pro League.

Cercle Brugge may find themselves with a similar problem after top goalscorer Ike Ugbo returned to his parent club, and looks destined to join Pro League rivals, Genk. Ugbo’s 16 goals helped his side to safety, can they achieve this without him?

St. Truiden on the other hand have held on to Japanese striker Yuma Suzuki who scored 17 goals in 34 appearances last season. His goals were supplemented by Aboubakary Koita and Haitian Duckens Nazon who managed seven and six goals respectively. With goals throughout their attack, St. Truiden look like they will be strong enough to survive the scrap at the bottom of the table.

With Seraing saying goodbye to last season’s top goalscorer Mikautadze, there doesn’t appear to be much hope for them. It is not obvious where the goals will come from as forward Antoine Bernier struggled to six goals last campaign. As well as the lack of goals in their attack, we just can’t see them being strong enough defensively to keep teams out and that’s why we predict Seraing to finish rock bottom of the Jupiler Pro League.

The second team we expect to struggle at the bottom of the league is Cercle Brugge. Ugbo’s goals were crucial in their survival as he netted 16 times in 32 games, finishing as the league’s seventh top goalscorer.

Without the English striker, who looks set to join Genk on a permanent deal, it is almost impossible to see where Cercle Brugge’s goals will come from. Although they have some talent with the likes of Brazilian defender Vitinho and creative spark Dino Hotic, survival looks a step too far for Brugge and we think they will be forced into the relegation play-off and could be heading down. 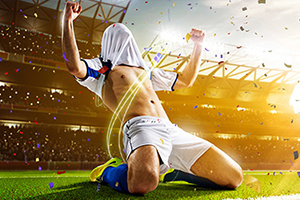