The last set of fixtures in the Jupiler Pro League calendar featured some feisty match-ups as we saw 6 red cards across the 9 games.

Reigning Champions Club Brugge maintained their spot at the top of the Jupiler Pro League rankings, whereas Beerschot VA sunk even further to the bottom. Over half of last weekend’s games featured 3 or more goals, so make sure to keep an eye out on our live betting odds for over 2.5 goals.

We have previewed this weekend’s games to help you out with your football betting. Check out more football odds and place your sports bets with Bet777.be.

Eupen go into this game as slight underdogs, but from what we’ve seen this season, we think they are a good pick for your combo bet. The visitors are yet to lose on the road and Cercle Brugge have only picked up 1 point from 3 home games.

Oostende have problems of their own after losing 3 in a row without scoring a goal, but even then their issues are minor in comparison to Beerschot VA. The away side sit rock bottom of the Jupiler Pro League rankings having lost 6 out of 7 games and it’s not obvious how they can turn it around.

It is the perfect game for Oostende to get back to winning ways and Senegalese forward Makhtar Gueye will be hoping to get back on the scoresheet against a defensively week Beerschot side.

Waregem will be without top scorer Jelle Vossen after his late sending off against Cercle Brugge, in a game where his side squandered a two goal lead.

The away side have one of the worst defensive records in the Pro League and will come up against the league’s most prolific strike partnership in Undav and Vanzeir, who have managed 11 goals between them. It looks unlikely they can keep St. Gilloise at bay, and without Vossen, they won’t be able to go toe-to-toe with the home side.

Leuven will be hoping that Club Brugge free agent Kaveh Rezaei can quickly find his feet in front of goal. The addition of Antwerp loanee Alexis De Sart has also bolstered their attack with the midfielder scoring his first goal in a 2-1 win over Kortrijk.

Mechelen’s problems lie at the other end of the pitch. They have conceded the most goals in the league (18), including 7 in their last fixture against Anderlecht. They do however have goals in the side, with Nikola Storm starting the season well, scoring 4 in 7. Despite being equal on points in the rankings, we think KV Mechelen have significantly more quality and should come away with a win.

Charleroi maintained their unbeaten record with a 3-2 win over Gent last time out thanks to a last minute winner. Despite avoiding defeat, the home side have not kept a clean sheet in five games, something which the visiting Champions will look to exploit.

Club Brugge rolled over Oostende in their last match in a game which wingers Noa Lang and new signing Kamal Sowah impressed. Charleroi typically favour a 3-back formation which will likely play into the hands of Brugge’s front three. Apart from the blip against Gent, Philippe Clement’s side are looking good to retain their title and Charleroi won’t be able to deal with their electric attack.

The return to action of Japanese forward Yuma Suzuki is a positive for Sint Truiden. The home side have scored the joint fewest goals in the Pro League and will be desperate for the striker to rediscover some of the form that saw him net 17 times in 34 games last season.

The visiting side have hit form of late, winning 3 of their last 4 league game. Genk’s forwards have started firing, especially Theo Bongonda and Paul Onuachu. On their day, they can beat anyone, and we don’t see Sint Truiden having enough to get a result.

Seraing are in with the difficult task of stopping league top goalscorer Michael Frey from finding the net this weekend. Antwerp have not lost in their last 4 league games and the Swiss forward has scored in 3 of them.

Although Seraing have started the campaign better than most would have expected, they have only kept 1 clean sheet in 7 and Frey will be looking to add to his tally. Youssef Maziz has been Seraing’s main man thus far, with 4 goals and 2 assists in 7 games. The French midfielder will have to be at his best if Seraing are in with a chance of taking home any points.

Both of these sides have had solid starts to the season, but a win here is pivotal to avoid falling behind the league’s front-runners.

It looks to be an interesting tie with Liege having struggled at home thus far and Anderlecht facing problems on the road. The visitors have only managed to score 3 times in 3 away fixtures and the home side will be looking to capitalise on that. We think that these two might cancel each other out in a cagey affair.

A 6-1 win over Club Brugge looked as if it would kickstart Gent’s lacklustre season but they followed the positive result up with a 3-2 defeat at home to Charleroi. They are yet to really hit their stride and have lost both of their away fixtures thus far.

Faiz Selemanie’s good goalscoring form is a good sign for the home team, but their strikers need to find some form in front of goal if Kortrijk are to avoid sinking down the Jupiler Pro League rankings. This game is largely dependent on which Gent team turns up, but they do have the quality to roll over Kortrijk on the road. 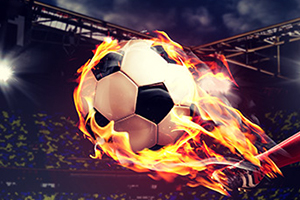